Where Is Your Longbow? 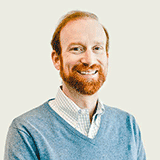 Thinking about opportunity and not tracking is the key shift that leads retail organizations to the right questions to drive growth. But why doesn't this shift in thinking occur naturally?

It's because some retailers are a little like the French nobility during the Hundred Year War with England. In the 1346 battle of Crécy, the very first battle in this long war, an outnumbered English peasant army of approximately 8,000 armed men, including 5,000 archers, did the unthinkable. They took on a French army that, depending on sources, was anywhere between 12,000 and 120,000 men strong, and included Europe's most powerful cavalry. And the English won.

The supposedly superior French cavalry charged the English line with full force but the noble French knights were mowed down for the first time in history by the arrows from English peasant archers with longbows. Underestimating the range and power of the arrows, the knights fell from their horses, and became an easy target for English foot soldiers with axes. King Edward was told the next day that his forces suffered only 300 casualties while 16,000 of his enemies died on the battle field.

What would most people do after losing so badly? From the outside it is obvious that the French better learn how to use a longbow! But, like the French army at Crécy, most organizations don't think that way. Companies are not organized to discover an opportunity (i.e. the need for longbows) and then allocate resources, budgets and organizational structure accordingly. In fact, companies work the opposite way, from the bottom-up. Each element within the French army looked through the prism of what they know and what they are in charge of. The blacksmith viewed the battle through their own lens and so what they saw was very clear to them: the need for thicker plates of armour. And on it went through each element of the French army.

Everyone was doing their job, following the patterns they were used to, and focusing on how to get better at their job - with improvements and ideas flowing up to the top of the command. The result: Ten years later the English army, outnumbered and close to starvation, defeated the French again at the Battle of Agincourt. It took the French a hundred years before they were able to outsmart the English and regain almost all of France.

Retailers don't have a hundred years to change their strategy - a new process is required. Retailers need to move away from their current structure of having each department build its own plan, and then rolling these up into a disjointed list of "to-dos" rather than a coherent strategy. Instead, a top-down approach should be used, where the Executive team collectively identifies the largest profit opportunity and how to align resources, organizational structure, and metrics to capture that opportunity.

Today everyone is pitching the CEO for resources using their own team of analysts and their own data. Each week, month and quarter, departments look back on how they did, and submit their ideas on how to improve. Just like the French in the 14th century made their swords sharper and the armour thicker, marketers fire their advertising agency and bring in new creative people when sales are down. They try social media. Merchandisers submit ideas on a critical need for more promotions. If one promotion was a good idea last year, two will do the trick this year.

Each department thinks in its own paradigm, with its own metrics and reports, its own vendors feeding them the latest fads. All of this is then supposed to roll up into a master plan for the CEO. I have had many retail CEO's tell me "I have yet to see a negative ROI proposal; everything is going to make money." The result is that the CEO is stuck with hundreds of pages of ideas but no clear idea on what the actual company priorities should be.

No marketer requests their budget be cut, even when it should be. Everyone in the loyalty department believes loyalty is key to the company, otherwise they would have chosen a different career. So what's a CEO to do?

There are dozens of tools that can help CEOs implement a loyalty program, improve the company's approach to social media, price better and manage inventory, or engage staff with customer service. But where is the strategic thinking, and the associated data, tools and processes, to decide whether they need to invest in labour hours versus inventory versus loyalty? If the company is optimizing loyalty but the competition is fixing the real issue, they act like the French, fixing their armour as the English win the war with longbows.

The solution is a top-down analytical approach. Strategy needs to start with opportunities, and opportunity modelling starts at the top. It means skipping the departmental level with its merchandising data and its marketing metrics, and applying company-wide thinking first. Then, and only then, should CEOs work towards bringing in the right resources, budgets, organizational structure and metrics.

Here is an example from a client I worked with: a US retailer whose director of merchandising was convinced that the company needed to invest in a capital refresh of his department. He had made up his mind based on gut feeling and fifteen years of business experience, and was now looking for ways to get what he wanted.

He knew the idea involved capital approval from the CFO and CEO, but he couldn't just pitch the idea with no data; retailers would much prefer half-baked, siloed, noisy assumptions dressed up as analytics to having no data at all. So the next step was to prove the worth of his proposed project with the help of a capital ROI analysis from the company's finance department. He worked closely with a young analyst, not yet a manager, and was "kind" enough to even help review the analysis model with the analyst, sitting on their desk as they worked. They tested different assumptions, pre-periods and control groups, until the results showed the truth: that the project is great and should get approved. Of course, the proposal gets approved. And it fails.

Why did it fail? Because the corporate culture wasn't about "learning", it was about proving what people already think they know and selling it to their peers. Part of the issue is starting with a hypothesis, in this case the need for a capital refresh, and then working to find any supporting data that supports the argument. It is using analytics to support a decision, and then rolling this decision bottom-up to the CFO and CEO for approval.

Did anybody question whether the issue was related to capital, and if it was, whether the specific project proposal was the best one? No, because retailer analytics don't work this way today. They are case-by-case analyses of supporting solutions, typically through tracking results in each departmental silo, culminating in several pitches to the CEO until the company has two dozen strategic initiatives to implement, none of which might actually align to key growth opportunities.

The company failed to provide sufficient check points on the proposal's way to CFO and CEO approval. But would the analyst's manager have stopped the project? Can any additional management layer really make a difference in the decision process? Or should the CEO first ask herself if the issue is really how analytics is used. Is the goal to track and prove? Or is the goal to uncover opportunity? The former is all about "I know this activity is worthwhile so let's see the results" and the latter is all about "where should I direct my limited time and resources?"

The outlined experience is not an exception. It is typical of retailers where big business decisions are made bottom-up, with everyone pitching the CEO for resources using their own team of analytics and their own data.

The power of analytics begins when decisions start not with a solution in mind, but instead with the top-down, company-wide opportunity (finding your long bow). It starts by identifying the fundamental issue of why the company is not growing faster and works its way downwards, finally landing on the right resources and initiatives.